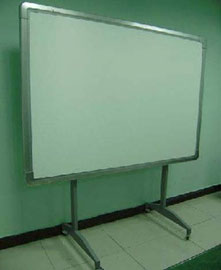 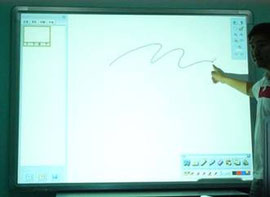 Touchscreen is a display that can detect the presence and location of a touch within the display area. The term generally refers to touch or contact to the display of the device by a finger or hand. Touchscreens can also sense other passive objects, such as a stylus. However, if the object sensed is active, as with a light pen, the term touchscreen is generally not applicable. The ability to interact directly with a display typically indicates the presence of a touchscreen.

The touchscreen has two main attributes. First, it enables one to interact with what is displayed directly on the screen, where it is displayed, rather than indirectly with a mouse or touchpad. Secondly, it lets one do so without requiring any intermediate device, again, such as a stylus that needs to be held in the hand. Such displays can be attached to computers or, as terminals, to networks. They also play a prominent role in the design of digital appliances such as the personal digital assistant (PDA), teachings, meetings and video games.